‘A New Day Has Come’

That’s exactly what B.O.Y 2.0 is trying to teach all of us… With yesterday gone, all we have is today! The no-show yesterday hasn’t ebbed Kaka’s optimism for today. All geared up, Kaka rides along the road from Balasore to Kharagpur; to another new state in B.O.Y. 2.0’s journey.

Just as Kaka is about to reach the IIT city of Kharagpur, a welcome awaits on the outskirts. Kharagpur’s bikers – Pradeep and Abhishek – have roped in a politician to felicitate Kaka’s hard work. Mr Charanjit Singh, Youth leader of BJP Kharagpur, has joined the biker group ‘We Ride Together’ for the event.

Mr Singh and the bikers escort Kaka to the Kharagpur Government Hospital for a presentation. With the setup ready, no time is wasted to commence Kaka’s talk. Newspaper reporters and cameramen record his every word. The hospital staff thanks Kaka for his time. 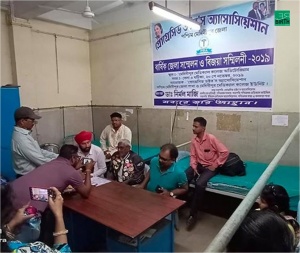 Next stop is a small event at a fuel station on the highway. People have gathered at a Reliance Power Petrol Pump to meet Kaka. The bikers have done a superb job of spreading news about Kaka’s arrival. Abhishek takes tremendous efforts to diligently document the day on his Facebook page. His live videos and minute-to-minute updates are permanently plastered in the virtual world! 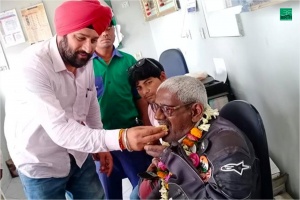 Kaka finally reaches his accommodation for the day – at the IIT Kharagpur campus! On realising B.O.Y. 2.0 shall be passing Kharagpur, ReBirth volunteer – Mr Sanjay Zanwar – ensured that he could play a small role. His son – Saurabh Zanwar – has volunteered to make Kaka’s stay arrangements at the Technology Guest House in the ~2100 acre IIT campus!

B.O.Y. 2.0’s entry in the campus is delayed by teams of reporters wanting more bytes from Kaka. Thrilled by the location, Kaka is all smiles even for the delay! His arrival at Kharagpur is covered in – News 18 Bangla, Anandabazar Patrika, Sangbad Pratidin, Prabhat Khabar, and The Kharagpur Post. 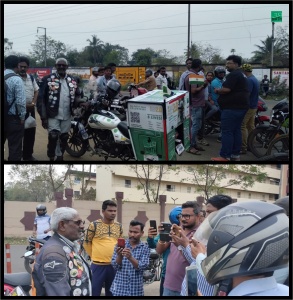 Saurabh, studying Agriculture and Food Engineering, is excited as a bee to meet a farmer in the form of an organ donor! However, his study schedule doesn’t allow him immediate access to Kaka… Whenever he physically can, he sprints to the room to check on Kaka and engage in a dialogue or two. 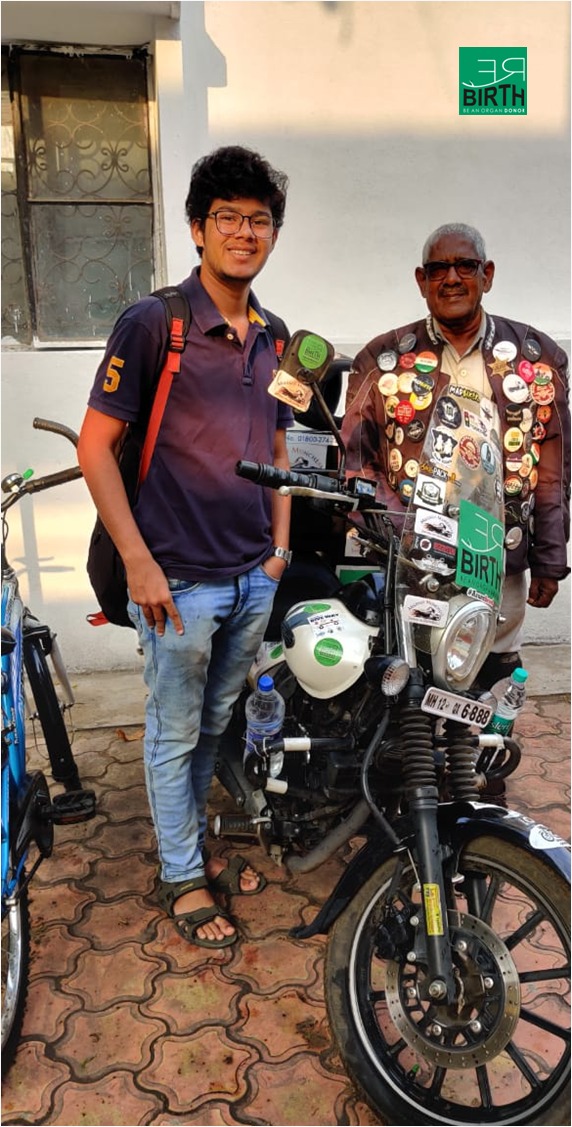 The evening brings the sunset and a spell of looming showers! Kaka and Saurabh dash to the mess to enjoy the dinner. The smell of petrichor prods Kaka to make a mental note to buy a raincoat soon.  But his train of thought doesn’t interrupt the smooth conversation between him and Saurabh…